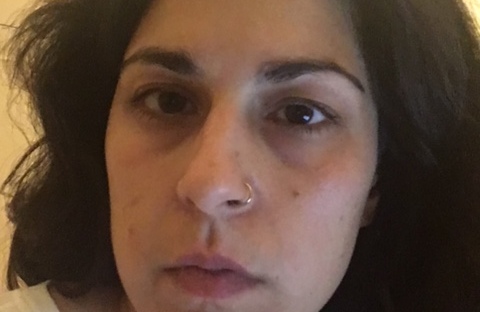 Today has been one of the most harrowing days of my life. And I am too zapped of any life force to begin this essay with some flowery metaphor or theme that will be interwoven throughout the text, to crescendo with a lessons learned and come to a close with a nod to something positive. Instead, I will lay out, in facts, the day I have had.

I have had a relatively peaceful week with Takkin but today my mother showed up and everything fell apart within 5 minutes, no exaggeration.

He harassed her for 8 days about getting a phone. So she brought one. I don’t condone it but I understand why she did it. It’s a situation of: she’s damned if she does and she’s damned if she doesn’t. Well, she did, and she was damned. He immediately flew off the handle because he couldn’t find a sim card or some other nonsense as usual and he went back to carrying five phones. She left because he screamed at her. I stayed and made sure he went off with his tutor.

I ran errands while he was gone and when I came back two hours later, his tutor called my mother and I to say that my Takkin had accidentally spilled tea on his phones and on the table and blamed the tutor and started yelling at him, so the tutor left. Tak eventually texted the tutor to apologize. I went to pick him up to see if I could mollify him by driving around a bit. He calmed down and said he wanted our mom to come and spend time with us. We went to pick her up. She came to the car two minutes later than she said she would and he screamed at her, cursed us both, and slammed the door, then walked back to the apartment.

I broke down into tears and felt like I was about to vomit. He texted me that he hated me and wanted me to go away and that his family was awful. I didn’t know where to go so I drove back to the apartment and sat in the car and cried and hyperventilated for a bit. I took a klonopin and a breath. Then I called REACH mental health crisis services. I told them the situation and they pulled up his file, offered to call him to talk him down, and said they’d call me back. Takkin called me five minutes later and while he was talking to me he received a call from REACH on the other line. He started yelling at me “what should I do? Should I answer?” and I said “if you want to answer, you should, but if you don’t, you shouldn’t.” He screamed at me some more then hung up. REACH then called me and said they had a productive and good call with my brother but the phone cut off in the middle of the conversation. I informed them that it most certainly did not cut off, that he had, in fact, hung up. The REACH volunteer interrupted me to tell me that no, it got cut off, which was laughable because he hangs up every phone call he makes and apparently a woman who has spoken to him for 2.5 minutes knows him better than I do. They sent me his crisis plan which was scant and pointless because when he is in this state no amount of crisis intervention works.

When I returned to the house, he seemed ok. We went on a drive and tried to play basketball but it began to rain. We tried to get gas but there were too many people there. We tried to get gas at a different gas station and it was empty thank god. Even though my mother made dinner, he wanted kabob so we ordered it over the phone.

He has developed a rash on his neck and I am worried it is a result of increasing his medication. When my mother saw it, she commented on how bad it looked and that spiraled into another obsessive fixation on the rash. He said we should go to Urgent Care to check it out, so in the pouring rain I took him to Urgent Care. The front desk attendant couldn’t find his information within 30 seconds so he said fuck this place I want to go, so we left. Then we went to go pick up the kabob and during a timespan of 30 minutes, he called 20 people, ranging from my grandmother’s friends to old tutors to random previous doctors to ask about his rash. He demanded I make calls too, so I called his psychiatrist for the 4th time today to no avail. I called the emergency number on the doctor’s answering machine and they told me no one was available to talk to me and to call back in an hour.

We came back to the house and he ate dinner. I choked down a piece of bread because if I ate more I would throw up. Then my mom showed up and Takkin oscillated between hugging her and pinching and kicking her. He has been pacing around the apartment now for two hours cursing at everyone, or alternately giving me high fives. He has demanded that my mother spend the night and then he has demanded that she get the hell out. He has demanded that we all go to bed but is angry that we are in our beds. Now he wants my mom to take him to get coffee at 10PM. She agrees. Then he doesn’t want to go with her and wants me to go so I do. He promises decaf but gets caffeinated.

He promise 30 times a day to behave and be nice to mom but the words are empty, meaningless. He is incapable of behaving himself because he has the behavioral control of a 2-year old toddler. I know this is not his fault but here we are. I know the worst thing to do is give in to every whim but he is a terrorist and we are his hostages. I know had things been different during his childhood, much of this nightmare could have been avoided, but that is 30 years in the past and nothing can take us back to that time. He is currently joking and laughing with my mother as I write these words. Tomorrow he will call her a fucking bitch and throw a glass in her direction.

This situation is untenable. No amount of cognitive behavioral therapy will mitigate these problems. No amount of Therapeutic Alliance in-home support will alleviate the behavioral issues. He is unmanageable–completely and entirely. He is on four medications, and I, the strongest proponent of medication, am beginning to think he may as well be on none. It has been a decade and not one drug has worked or helped beyond a modicum of stabilization.

On September 14, I will be attending a court hearing to become his guardian. For the first time ever, I am grappling with every fiber of my being with this decision. He is my brother, he is a person. But I am a person too.

Tell me, please, please: what you would do if this were your brother, your son, your nephew?

View all posts by Tara Ebrahimi